It's been nearly a year since a federal judge ordered Bart Reagor to pay more than $49 million to Ford Motor Credit. Now the U.S. Marshals are coming to collect.

According to a writ of execution filed in federal court, they are seeking that amount plus about $700,000 in interest. Interest is increasing by more than $2,000 a day.

The federal court has ordered the marshals to collect goods, lands and homes to reach the amount needed. They have 90 days to return the money to the court.

This is a result of Ford Credit's original lawsuit against the Reagor-Dykes Auto Group filed in 2018. It claimed massive fraud. Since then, more than a dozen employees, including its chief financial officer, have pleaded guilty to federal fraud charges. They are set to be sentenced next year, with the first dates in January.

Reagor has denied any knowledge of a check kiting scheme or any fraudulent activity at the Auto Group. 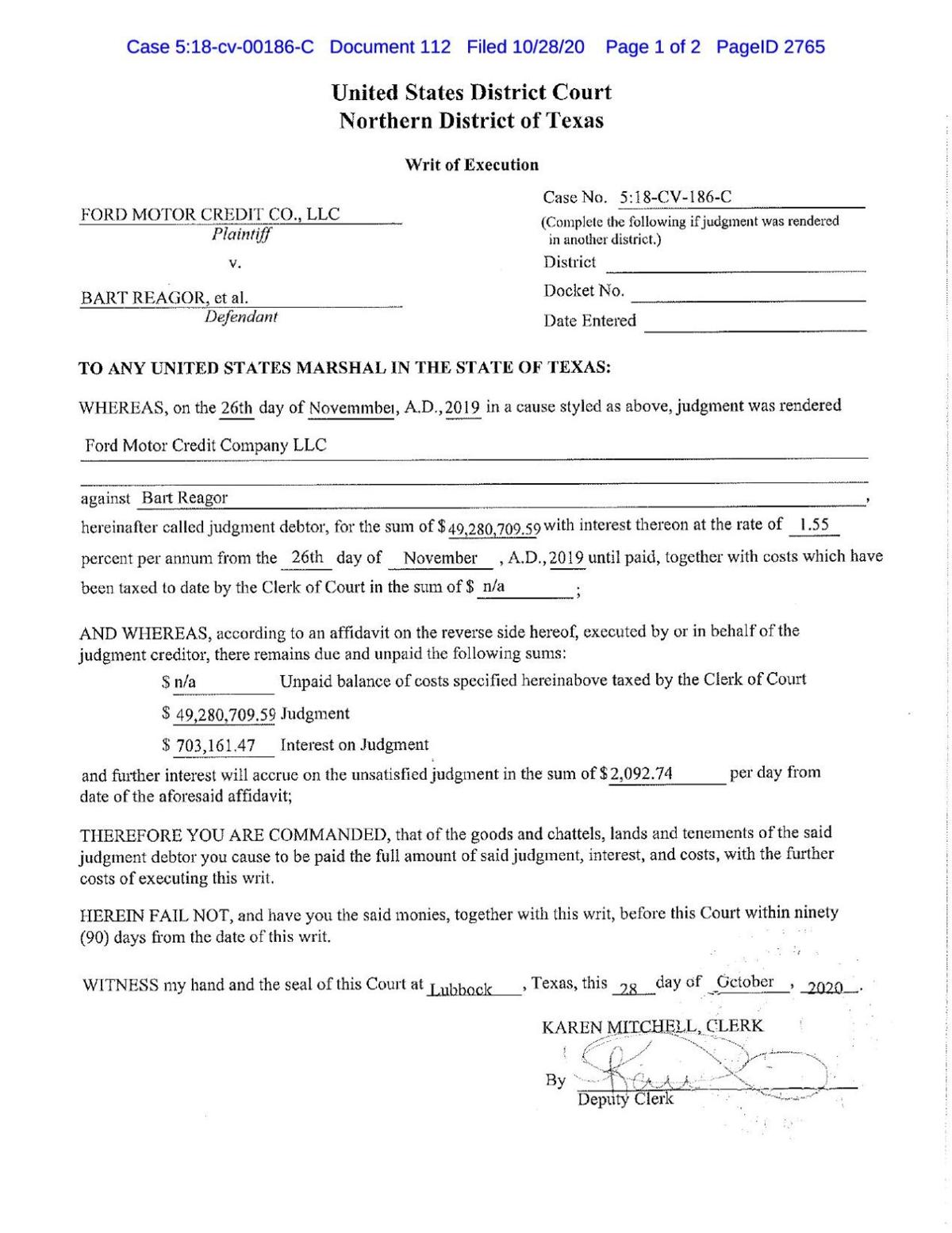 It has now been 2 years since Reagor-Dykes first filed for bankruptcy, and last month, a fed…

Even though a federal bankruptcy judge has approved its final liquidation plan, the legal ac…

Nearly 2 years after Reagor-Dykes filed for Chapter 11 Bankruptcy, the businesses it defraud…

A settlement proposal between Rick Dykes, the Reagor-Dykes bankruptcy estate, and the Texas …

Ford Motor Credit has filed suit against Lubbock-based Reagor-Dykes Auto Group, some of its …

The U.S. Marshals Service served Bart Reagor with a writ of execution, the demand to pay Ford Motor Credit.