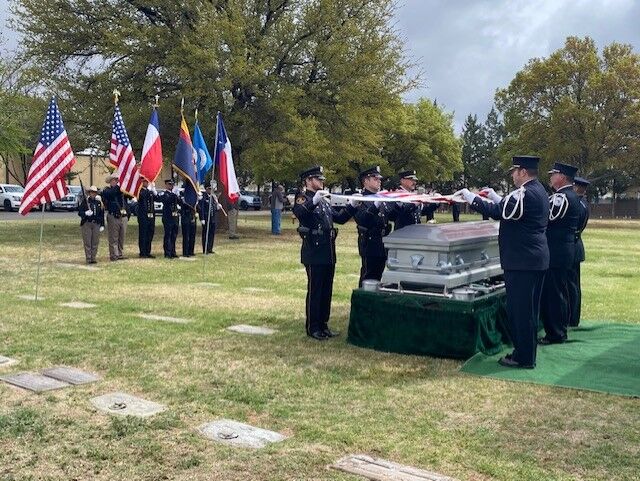 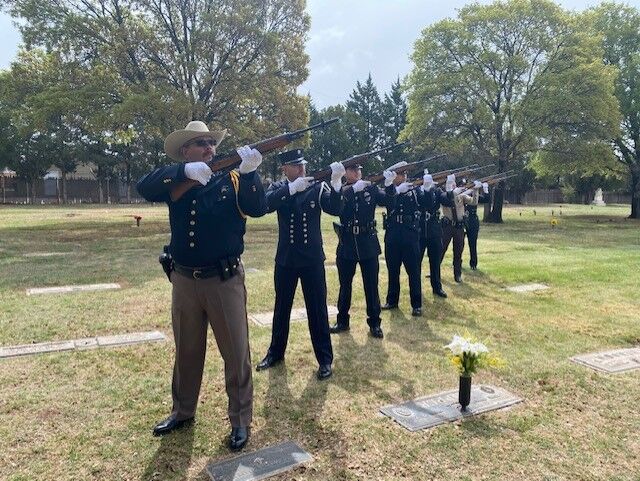 For the final step in a week-long training, honors guard members from across the South Plains performed a mock funeral.
Arizona Border Patrol, Del Rio Border Patrol and the Texas Department of Public Safety hosted the training to make sure members are in step.
Sergeant Johnny Bures says the training helps ensure that if a multi-agency honor guard is needed at an event, all members can perform the calls and drills together.
"They learn different types of techniques, positions, saluting, and a lot of it's just timing. So, we're working on timing also, so that everyone's uniformed," Bures said.
A joint group from Lubbock Police, Lubbock Fire Rescue, DPS, Midland Police and the Lea County Sheriff's office donned their uniforms.
Corporal Patricia Holbert has been in the Lubbock County Sheriff's Office Honor Guard for eleven years.
She says it's hard to explain performing such an intricate and emotionally charged ceremony.
"It takes a lot of discipline and dedication and the camaraderie between honor guards, it's great," Holbert said.
Along with performing memorial services for line of duty and retired law enforcement deaths, honor guards attend school assemblies and community functions.
'We do 4th on Broadway. We do small events. We get requests. So, it's not only for us, it's for the community, as well. So, we practice on that, as well," Holbert explained.
"We're not just out here writing tickets and working crashes, that you know, we have other officers that do other functions, too," Bures added.
Holbert says line of duty deaths affect more than just the family and agency.
"It hurts a community as well, and we have seen where we have a lot of community support and we want to continue that," Holbert said.
After the final salute, members attended a graduation ceremony to make it official.
Holbert says the goal is to host the same training again next year and invite more agencies.